Why create an “imaginary Museum of Patagonia”?

Imaginary Museum of Patagonia ? Many quality painters live and/or exhibit their works in France, however the pictorial tradition there is regularly disparaged. But for a vague ornamental role, Painting is assumed to be obsolete, and, from now on, not to be worthwhile as the official / financial art, the so-called contemporary art (CA).Is not Painting, this relegated art, more alive than those who relegate it and become infatuated with objects the void of which competes with harmfulness?

The Patagonian Collectors have another conception of art and of success. Far from the fashionable world, from the subsidized anti-establisment, from the “bankable” media coverage, they like the inner adventures. They are convinced that the secret functions of Painting remain alive, so much so as it meets the insatiable needs of the spirit. The time will come when “installations “, ready-made or conceptual art, will become the relics held in contempt by the globalized mercantilism. Trust the pledged word of the Patagonians!

Of Patagonia ? Because the painters live in exile, by decision of bureaucrats and combined speculators, the Kingdom of Patagonia offers to them an “oneiric asylum” through the imaginary Museum of Patagonia. 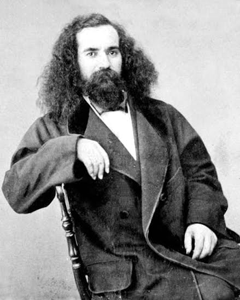 “Patagonia” is a literary game, inspired by a historical figure, Orélie de Tounens (1825-1878), a lawyer from Périgueux who left for South America to be acknowledged as king by the natives. His quite ephemeral Kingdom of Auricania and Patagonia is enduring in the imaginary realm. The writer Jean Raspail published a novel on the adventure, then unilaterally claimed the title of Consul General of Patagonia, joined in this initiative by thousands of readers and some Patagonians collectors.

Because Painting is defamed

Anxious at the sight of a confused public in front of the “terra incognita” painting, Patagonian collectors invited Christine Sourgins to give back a voice to imagesmade by “the hand of man”. by this website, even if nothing can replace face to face, direct contact with the work itself, its pigments and the flesh of its texture. Read the interview of Christine Sourgins. She is art historian and, “Advisor for the lighthouses and beacons of Patagonia”,( with reference to the poem by Baudelaire, “The Lighthouses”, which pays homage to the great painters). The point is not about recruting artists nor setting up a “school”. The imaginary Museum of Patagonia cultivates a way of images, a participating lifestyle and wishes to encourage the vocation of collector,  something which France is sorely in need of..The works presented here cover a wide array of stylistic options. The artists, pertaining to all nationalities and generations, may have achieved some fame, but their price level does not matter or whether they live and work in “Noodle-York” (the pun “Nouille-Ork” in French) (although this is not prohibited)… All is possible in the great outdoors of the Patagonia of Orélie de Tounens… a country of canvass fields, pencil leads and turpentine lakes…

If this museum of Patagonia is an imaginary territory, Patagonian Collectors do not forget that certain realities of South America would be less conducive to dream than to rebellion.

The imaginary Museum of Patagonia isunder the patronage of Jean Cocteau, Jorge-Luis Borges and other such doctors honoris causa of the Faculty of Dreams, including André Malraux of course.

« The real location of the imaginary museum is in the inventive mind” » (Malraux, La Tête d’obsidienne, 1974)

This site could not have emerged without the friendship of some and the voluntary contribution of some others. It is not funded by administrated culture; it benefits from the support of the independent association Cap Aristée, and the support of Patagonian collectors. Site made by F. Boissel ; translations, J-F Delannoy.